"...Sampino gives the show's strongest performance as Isabella Thorpe. Her portrayal is the perfect amount of grating, condescending, and deliberately manipulative, and she exudes all of the negative qualities that make Isabella the character that everyone loves to hate. While I knew that the show had potential, it was not until episode four, when Isabella makes her first appearance, that I was convinced that this show is going to be great." 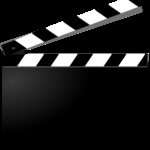